Omega 3 and the Many Benefits of Fish Oil Pills 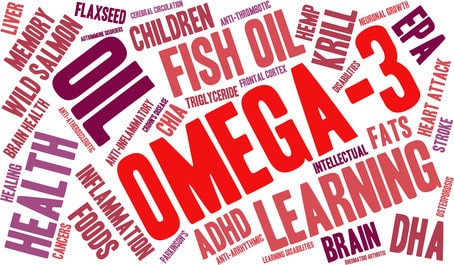 I might be wrong here, but I’m assuming that you are here reading this article because you are curious about the benefits of fish oil pills? Hopefully I’ll be able to share something of value with you in the paragraphs that follow.

Fish oil supplements are incredibly popular these days. In fact, they are probably the most popular supplements on the market, and obviously there must be a good reason for this, right?

The reason for their popularity is simple: Fish oil is a remarkably good source of Omega 3 essential fatty acids, and these play a crucial role in terms of overall health. Unfortunately the human body cannot produce its own Omega 3 fatty acids, and they are only found in a limited number of foods, and even then, they are only present in small amounts. Certain types of oily fish are the only credible source of these all-important fatty acids. Omega 3 rich fish would include species like salmon; tuna; mackerel; sardines, and etc.

Very few people consume enough oily fish to meet their Omega 3 requirements. The only way to address this problem is to change your current diet, or start taking fish oil supplements to compliment your current diet. Pills or capsules are the easiest and most convenient option, so lets move on and take a look and some of the most notable benefits of fish oil pills or capsules:

Before I continue, I just want to point out that while the above list of benefits are widely reported by people all over the world, the FDA (Food and Drug Administration) does not endorse all of them. In fact, the only benefit listed above that has FDA backing, is the one which pertains to heart health.

A tremendous amount of scientific proof must be available before the FDA will endorse any health claims relating to foods and/or other nutritional products. Scientific studies and countless clinical trials have now proven beyond all doubt that the high levels of EPA (eicosapentaenoic acid) and DHA (docosahexaenoic acid) omega-3 fatty acids found in fish oil can substantially reduce the risk of coronary heart disease.

There are countless people, including scientists and doctors who believe that with time, the FDA will endorse more Omega 3 health claims, but of course the studies and trials can take years and years before they satisfy FDA demands. Nonetheless, let’s just take a brief look at two of the other very desirable benefits listed in the table above:

Some people and some organization argue that there is not yet enough scientific evidence to prove that fish oil can improve ones cholesterol status. However, there are also many studies and reports that highlight the cholesterol-fighting properties of fish oil.

Numerous studies have shown that fish oil does in fact raise LDL cholesterol, and sometimes the rise is quite significant. However the rise which is seen is only seen in a “measured” reading, which is essentially not very accurate at all because LDL readings are meant to be “calculated” readings. Its all quite complicated and confusing so I won’t go into that right now.

There is now a considerable amount of evidence supporting claims that fish oil can reduce the pain and severity of several joint related health problems. There is also growing evidence to support claims that the risk of developing joint problems in later life can be significantly reduced by including more omega 3 fatty acids in your diet.

Just recently there was an article published on the Mayo clinic website which stated that a regular intake of high quality fish oil supplements can effectively reduce stiffness and tenderness in joints within as little as three months.

Even if these benefits have not yet received FDA backing, it’s worth keeping in mind that real people like you and I, are in fact witnessing these benefits in their own personal lives. Fish oil supplements might not be a magic bullet capable of curing every disease known to man, but they can certainly help people to maintain a healthy lifestyle. The amount of people who have seen results firsthand and the growing amount of evidence supporting the benefits of fish oil is quite simply overwhelming.

Join our mailing list to receive the latest news and updates from our team. You will receive information and regular notices about discounts and coupons from various vendors.

Please check your email (including spam) and confirm to subscribe. 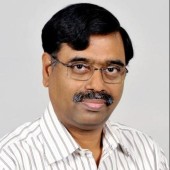 Rajagopalan loves shopping and has been an online shopper with a difference. He has perfected the art of getting his hands on the best products at amazing deals without ever compromising on the quality of the product as well as the vendor. His product reviews and niche stores dramatically improve your chances of getting the best products at unbelievable prices online. Rajagopalan is a software programmer and a systems analyst by profession. So, you will also see him writing a lot on computers, software, data security and generally, anything about IT. As a result of his concept of healthy living, Rajagopalan and his family have always believed in using water which is filtered hygienically and using the latest natural methods of filtration.

What Is the Best Fish Oil to Buy – Know the Facts?